5 Endangered animals you can find in Africa

More and more animals become endangered due to poaching, loss of habitat, road-kill, starvation and other dangers. Most and if not all factors, are caused by humans and we are most likely the ones who can save these animals. Especially because Africa has such a rich and diverse wildlife which makes it is of high importance to preserve this. Some you can spot easily on a safari or on the beach and it doesn’t seem like they are endangered but the rapid decrease in numbers tell otherwise. That’s why, we have created a blog to give more attention to 5 unique but unfortunately endangered animals you can still see in Africa.

The Ethiopian wolf has always been an uncommon species. It lives in the highlands of Ethiopia in small groups. However, the wolves are most likely to hunt alone on the giant mole rats or the grass rats in the area. Sometimes they hunt as a group for bigger prey such as antelopes, lambs, and hares. The Ethiopian wolf is the most endangered carnivore in Africa, and there are only 440 individuals left. The main reason for the decrease in Ethiopian Wolves is the rapid loss of habitat and dog-related diseases.

The Ethiopian Highlands attracts people because of its high annual rainfall and fertile soil. Currently, 60% of the land above the tree line is used for agriculture, which decreased the habitat of the wolf significantly. Since the wolves become more desperate for food, they often hunt for sheep on farms. Where they often get killed by angry farmers. The farmers bring their domesticated dogs with them to protect their land and animals. However, these dogs bring diseases with them, and the most common one is rabies. The dogs have been seen in contact with the wolves, which spreads the diseases into the wolf groups. To prevent more casualties, these organizations are vaccinating both domesticated dogs and wolves to save the Ethiopian Wolf from extinction.

The Pangolin often called the scaled ant-eater, is more closely related to the African carnivores. They eat 70 million insects a year and search for food at night. The Pangolin is almost entirely scaled apart from its face and underbelly. When they are rolled-up, they become impenetrable for lions, leopards, and tigers. If these carnivores come to close, the Pangolin will release a harmful acid that scares of its hunter. The Pangolin can walk on all four legs. However, when going faster, they use their tail for balance while running on their behind legs. While doing this, their arms are in a T-Rex like position. There are eight species of this scaled mammal, 4 in Africa and 4 in Asia. The African species are vulnerable, but the Asian species are either endangered or critically endangered.

The Pangolin is believed to be the most trafficked animal in the world. From 2006 to 2015, over a million pangolins were poached for traditional medicine, food, and tokens in Asia. Since the Asian species have become protected, the market has changed its attention to the African Pangolins. In April 2019, in one week, two shipments to Singapore of both around 14 tons of pangolin scales were intercepted in Nigeria – this is an estimated amount of 72000 Pangolins. Pangolins are poached with ease because they roll-up when in danger and poachers can pick them off the ground. Pangolins are highly sought after in Asia since they are used as traditional medicine. The scales should work for lactation issues, blood circulation, and cancer. However, non-of, this is scientifically proven. Only the super-wealthy eat the animal because the meal costs around $1750 per Pangolin.

The scaled animal is protected by international law, and trade is illegal. However, this does not stop the poachers from importing this animal, since the demand is still high. That’s why organizations are trying to change the publics’ view of the animal. So, the Pangolin is no longer a luxury item or medicine.


The African Penguin was previously known as the Jackass Penguin because of its donkey-like scream. The penguin is now called the African Penguin because it’s the only penguin to breed on the African continent – in South Africa and Namibia. They mainly breed on islands where they have no contact with humans. However, there are two land-based breeding spots in South Africa, one in Simon’s Town on Boulder Beach and Betty’s Bay on Stony Point. These penguins choose one partner for life (unless breeding fails) and they always come back to the same breeding place and colony to breed. The African Penguin used to make nesting places of the guano on the island. However, humans visited the island to steal the guano and eggs of the penguins. The guano is a highly effective fertilizer due to the fish diet of the seabirds, and the eggs were taken for food purposes. In the early 1930s, around 13 million eggs were stolen off Dassen Island alone.

Oil spills are a more recent problem for the penguin since it causes their feathers to no longer be water-proof. The cold water makes them unable to swim, and they die of starvation as well as their chicks. Another threat for the penguins is a decrease in fish in the sea, which also leads to starvation. Fisheries and an increase in Cape Fur Seals cause the decline of fish in the ocean. These seals hunt for the penguin as well. Regularly penguins are caught by fisheries or as a meal of a Cape Fur seal. Therefore, fishing exclusion zones are set-up to protect the African Penguin as well as the prevention of polluting ships. Moreover, organizations protect the penguin by raising vulnerable chicks until they can be re-released into the wild.


Cape Vultures are one of the largest vultures in Southern Africa, and they weigh around 7-11kg. It is the highest-flying vulture – flying heights of 8000m. Therefore, the vultures need excellent eyesight, and scientists believe their sight is 20 times better than that of humans, and they can see eight times further as well. Vultures never kill their prey and only rely on carrion (dead animals). However, the carcasses have to be opened first and with the decrease in carnivores; It has become hard for the bird to get food.

The Cape Vultures become victims of poaching for its use in either traditional medicine or witchcraft. Because the vulture is seen as a wise animal with great vision, they are killed by poisoned carrion which is done purposely by poachers or irresponsible farmers. The farmers poison their dead cattle to protect their land from carnivores. Moreover, vultures fly against powerlines or structures such as wind turbines. Which often leaves the animals dead or significantly wounded. Due to wounded or deceased parents, the chicks die as well. The vulture is protected from extinction by farmers who have designated areas where they leave their dead cattle for vultures to feast. However, this causes a backlash since the vultures become lazy and only feed on these “restaurants.” It is of high importance to protect the vultures because of they clean and prevent the spread of diseases on carcasses.


The Rothschild’s Giraffe can grow up to 6m tall, which makes it one of the tallest subspecies of giraffe. The coloring of the Rothschild is unique because the colored pattern stops halfway down its legs. Males can eat 130kg of leaver per day, and they can quickly gain these amounts of leaves with their long necks and impressive 45cm tongue. The giraffe defends itself with deadly kicks from its predators such as hyenas, crocodiles, lions, and other carnivores.

Even though these deadly predators can cause serious harm, they often hunt for the baby giraffes. The carnivores do hunt for adult giraffes but only in large groups. However, most Rothschild giraffes die because of poachers and the loss of habitat. Traditional medicine is not the reason for poaching, but giraffes carry a lot of meat on them. Since game meat has a higher price, the giraffes are a wanted item by poachers and their buyers. The tails of giraffes are used like their natural function, as fly swatters or good luck charms.
Recently, it has become harder for the Rothschild to survive since the living area of the Rothschilds is decreasing, and with it the amount of available food. Their habitat shrinks because humans take their land and use it for agriculture. Therefore, the Rothschild’s Giraffe, which population lives for 60% in Uganda, is protected in designated areas that are supervised by organizations.

The carelessness of humans causes almost all factors. However, some people try to preserve these animals through law and legislation, nurturing, vaccination, and protected sanctuaries. Organizations guard these vulnerable animals until their numbers increase and they are no longer endangered. Most of these animals are visible in Africa on safari with their particular ways of walking, rare appearance, and unique traits. Since they still walk around freely in the nature reserves.

For tours and accommodation, check-out these links below: 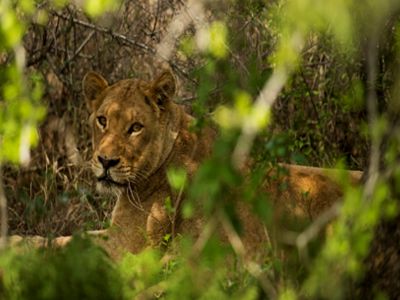 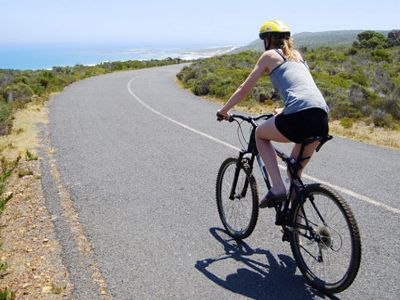