For everything there is a first time! This is probably the first-ever wild lioness nursing a leopard cub. This happened in Tanzania in the Ngorongoro Conservation Area, the pictures were taken by Joop van der Linde on Tuesday 11 July. The lioness, who is locally known as Nosikitok, has probably lost her own cubs and then found this baby leopard. She is part of a tag and track project which is why she has a collar around her neck.

The likelihood that the wild lioness will continue to take care for the leopard cub is thin. If the rest of the lioness’ pride finds the cub, the cub will probably be killed. But in nature you never know.

Do you want to see lions and leopards for yourself? Check out some of our awesome budget safaris: 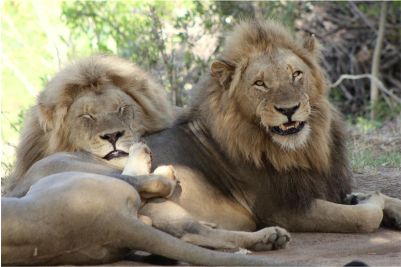