When is the best time to visit the Great Wildebeest Migration in Tanzania?

The Great Wildebeest Migration is a continuous movement of over two million wildebeest, accompanied by large groups of zebra and gazelles. This massive group of wildlife is looking for food and water, which results in the animals following the rains. The movement mainly moves through the Serengeti Nature Reserve in Tanzania up into the Masai Mara in Kenya.

The crossing of the Grumeti and Mara river provide spectacular sightings of confused legions of swimming wildebeest and hungry crocodile encounters. As they cross the Mara river, the wildebeest enter the Masai Mara Game Reserve in Kenya. Where they feed on the fresh grass before the whole process starts again in reverse.

It is often believed that the Great Migration is something that can be seen during a limited period per year. However, the travel of the massive herd of wildebeest is an all-year-round event with some peak events such as the river crossings and the calving season. Even though the crowds of gnus roughly repeat the migration around the same time of year. They split in smaller herds during their great track, and partly regroup to become a swarm during the river crossings. It is tough to say where the massive groups are precisely, and this does not mean that it will occur at the same time of year. The peak events can happen in slightly different periods during the year, mainly due to the influence of the weather.

You might be wondering how the wildebeest and zebras get along if they are competing for each other’s precious grass. They can live together because the zebras eat different parts of the grass than the wildebeest. Therefore, the massive herd can live together as an unstoppable force as they run through the bush and cross rivers.

In early November and December, the short rains start to fall in Tanzania, and fresh grass grows in the southern part of the Serengeti. The herd knows this and follows these rains from the northern region to the south of the park. Some wildebeest groups still come from the Masai Mara Game Reserve in Kenya at the start of November. However, the more substantial part of the wildebeest is in the central area of the Serengeti on their way for the calving season.

The herd arrives in the green fields of the south of the park in January, where they will feed on this grass until March. At the end of January and the beginning of February, the calving season begins, where you can witness the birth of an estimated 8000 wildebeest calves every day. It is a phenomenal sighting to see young wildebeest take their first steps minutes after being born.

Even more spectacular are the opportunistic predators of the Serengeti. These lions, leopards, cheetahs, wild dogs, hyenas, and smaller predators hunt for the vulnerable youngsters during the calving season. This event is your best chance for spectacular hunting action on a safari. Make sure to book your budget safari in Tanzania well in advance, because this sensation is a must-see.

As April starts and the large groups of tourists have left the Serengeti, the herd moves towards the north-west. The predators are still hunting the calves of the pack. But the crowd must go on. They accelerate their annual trip during May by covering great distances. Even though the rainy season is at its peak since a large part of the tourists has left, the park becomes less occupied, and you can enjoy a more private safari experience. A less busy safari experience is also possible on a small group tour, which crosses the Serengeti during a more luxurious overland tour.

June is the end of the rain season, and the bush and flowers become green again for breathtaking views of the landscape. The wildebeest cover enormous distances during their search for greener grass and water – until they gather in June and July for their first river crossing. In the Grumeti River, enormous Nile Crocodiles patiently wait for their buffet. As the herd assembled large groups and crosses the river, crocodiles grab the animals and drag them underwater. This crossing provides fantastic sightings, but not as good as the Mara River crossing.

There is a possibility to have a budget safari with camping in the Serengeti Nature Reserve. A camping safari in Tanzania, and especially the Serengeti, is particularly beautiful as the grass has grown. But the real thrill comes from sleeping in the middle of the park as you can hear the nocturnal animals in the silence of the night.

As the dry season starts to peak in August, the wildebeest become desperate and in need of green grass. Their need for food makes them have to overcome a dangerous situation since they have to cross the Mara River to enter the Masai Mara Game Reserve. The Mara River is much deeper than the Grumeti River and has more Nile Crocodiles as well. Therefore, even more, sightings of desperate and confused wildebeest crossing in massive groups are visible.

This spectacle goes on during September, but most of the group already crossed the border to Kenya in the Masai Mara Reserve. The herd continues to eat this grass for the rest of the month until the early rains of October start to fall again, and the whole process starts a new.

The Great Wildebeest Migration is a once in a lifetime experience. As thousands of herbivores gather and face threats and dangers as one force. However, the Serengeti has much more to offer than this annual natural wonder. The park is filled with other game and wildlife. Sometimes it is better to stay away from the herd to have a more private safari experience. Tanzania has more natural wonders to offer, such as the Ngorongoro crater. The crater used to be a enormous volcano but with an erruption, it has collapsed inward. Now this place is full of wildlife and action.

For more Tours, Overlands, and Budget Safaris, Have a look here: 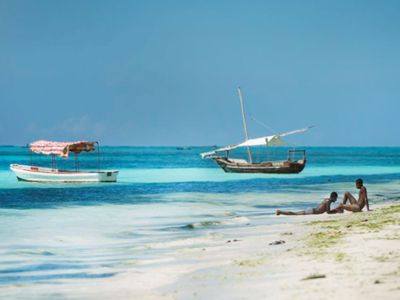 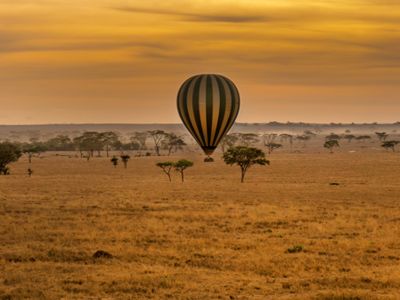 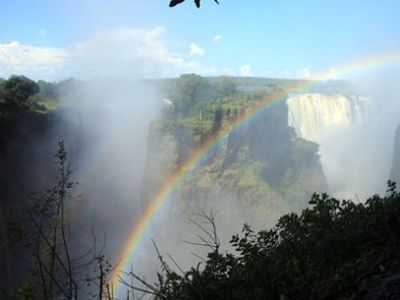