Hi, my name is Guido Swarts. I am a Dutch citizen doing my marketing internship at Ashanti Lodge and Travel. In my first week, since I arrived in Cape Town, Ashanti sent me on the Cape Town City Sightseeing Bus Tour. So, I can learn and experience Cape Town and its surroundings and use this knowledge during my  internship at their company. It was the middle of winter and the weather was not great but somehow the trip and the beauty of Cape Town still shun through. The tour offers two lines, and I decided to take the (Blue) extended one that goes out of Cape Town to the surrounding towns. The bus stops at numerous attractions and villages along the road, such as the Botanical Gardens, Hout Bay, and more. In this blog, I will describe my experience in the vibrant and adventurous surroundings of Cape Town.


The first stop I hopped off was the Kirstenbosch Botanical Garden, this is a living museum of all the biodiversity in South Africa. It lays on the slope of Table Mountain which makes it a part of the Cape Floral Region Protected Areas since 2004. The plants, flowers, and trees in this garden are genuinely unique and a pleasure to the eye. Considering that the garden is of such significant size and because I wanted to visit more places on the bus tour, I decided to walk through some of the must-see expositions in the conservatory.

As I entered the park, I was immediately amazed by the diversity of the plants and animals. So, I walked through the Camphor Avenue, and I stopped at almost every plant since they were all worth a glance. The view of the overall avenue feels like a jungle because it is covered in trees and plants. However, the path is perfect for stunning pictures. After I had taken some photographs, I moved on to the Tree Canopy Walkway; the wooden bridge goes through the trees towards a breathtaking view of the garden and beyond. Although I have a small fear of heights, it was a fantastic outlook.

After I left Kirstenbosch, I decided that it was too early for wine tasting, which would have been the next stop. So I stayed on the bus until the World of Birds in Hout Bay. At that moment, it was raining hard, and I hoped for an enclosed bird park where it was dry. However, it was an open-air sanctuary. Luckily the rain stopped, and I could enjoy one of the the most abundant bird parks in Africa. Most bird aviaries are open, and you can walk through them among the birds. Where I am from, the birds you can walk with are canaries, parrots, and other relatively safe birds. Here, you can watch owls and vultures from up close, only the dangerous birds are closed off by a fence, but the rest can fly around you in their area.

The World of Birds Sanctuary also has an open monkey park; these squirrel monkeys have become used to humans. Before I entered the enclosure, I had to remove all food and drinks from my bag to prevent theft. They have taught themselves to open zippers and steal food from mindless visitors. The moment I entered, the monkeys followed me curiously, and as soon as I sat down, I was covered with them. As I tried to take a picture, their little hands slipped into my pockets to find any food or items, unfortunately for them, I had nothing, and they gave me a sad look which melted my heart.

Further on in the park, there are not only birds but alpacas and turtles as well, it is a mini zoo with, for my standards, more freedom and connection with the animals. Since you do not watch them behind bars. If you can fit this stop in your planning, I would recommend a visit.

The next stop was the Mariner’s Wharf and Harbor of Hout Bay, and the moment I stepped out, it gave a feeling of a real fisherman’s harbor, which it is. In the harbor seals swim around freely, and some of them have become friends with the fishermen. Those fishermen and their almost pet like seals walk around to take pictures with tourists. I could not miss this opportunity and asked if I could take a picture as well. These seals remain wild animals, but they have now have a mutual relationship with the local men who ask for small donations to get your photo taken with the seals. In return the seals get fish snacks which they love very much. Afterward, I tried to book a one-hour trip to Duikers Island, also known as Seal Island, because of its home to thousands of wild seals. However, they just departed, and I could not take another one.

As it was time for lunch, I bought some Fish and Chips given that Cape Town is famous for its high quality of Fish and Chips and this can be seen in the harbor of Hout Bay. Many restaurants sell this delicious meal because of its fame and the freshness of the fish. And It was the best I ever had. But, if you do not like this meal, you can also go to the food market which offers all kinds of foods.

The bus ride from Hout Bay to Camps bay coastline is spectacular, and even though rain was pouring down again, I preferred to sit in the open area on top of the bus. Since, during the Winter period, whales can often be seen from the road. Additionally, the road rides along the back of Table Mountain are marvelous, and I could see the Twelve Apostles. It was hard to decide to gaze upon the coastline or the mountainside, as they are equally astonishing. As I was sitting on the side of the coast, I tried to spot a whale. Unfortunately, I could not see them, but that could also be because the view distracted me. Fortunately, it stopped raining, and I learned how quickly the weather could switch in Cape Town as the sun started to appear right after.

Accordingly, I hopped off at Camps Bay to look at all the restaurants and shops along the beach front. It wasn’t quite sun tanning weather but since I had to wait for the next bus, I walked along the beach, and because I was the only one there, street vendors appeared out of nowhere to sell me their paintings. Street vendors in South Africa are less pushy than what I am used to, and they take more time to form a bond, which makes you buy from them more easily. But they always do so in a friendly and kind manner.

The spectacular views on the bus continue as I left Camps Bay towards Greenpoint and due to the excellent weather, sitting on top of the bus was a pleasure. As we drove past smaller beaches and bays with equally stunning scenes, I could see Robben Island from the bus. The island is too far to take pictures; nevertheless, it is satisfying to see. Consequently, I visited my last stop at Greenpoint to take photos of the authentic lighthouse. Seapoint promenade lays above the sea, and it is sensational to see the waves break against the walls below you as you feel the sea breeze and view a beautiful sunset. It was the perfect place to review all the beautiful things I had seen during this fantastic day.

The sightseeing tour allowed me to see some of the spectacular surroundings of this magnificent city from diverse gardens to playful wildlife and friendly locals. It is truly a one-of-a-kind city due to its varied surroundings and people. The tour provided just the tip of all the things that the Mother City has to offer, but it was an excellent introduction to the city and its environment. I would definitely recommend this tour as a first-time visitor of Cape Town since it offers some of the many highlights and views of the city as well as the audio tour included in the bus which tells about the rich history and culture of the area.

For Tours and Accommodation in Cape Town, check-out the links below: 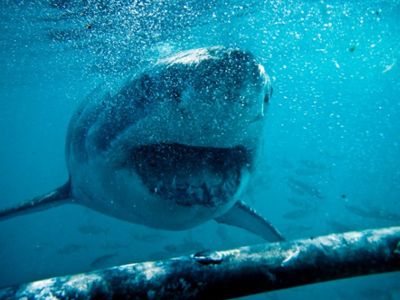