Just How Fast is a Rhino?

What do you do when the second heaviest land mammal charges at you? See the video of a hair raising rhino chase.

The White Rhino is the larger of the two rhino species and can weigh up to 2300kg. As seen in the video they can be a formidable foe. Rhinos can run at up to 50km per hour, which makes them the fastest land mammal heavier than 1000kg. Hippos take second place in this respect and reach speeds of up to 48kmp/h while the mighty elephant is capable of crashing through the bush at speeds as high as 40km/h.

What makes a rhinoceros particularly dangerous is its ability to accelerate quickly. They can charge to their top speed in a few strides and have the same effect of a freight train on whatever is unfortunate enough to cross its path in an untimely fashion.

Fortunately and unfortunately, every species has its weak points and for the rhino its eyesight. For this reason a rhino is heavily dependent on its sense of smell and hearing.

It seems that in this video the driver is capable enough, the question is; is he trying to get as far from the rhino as quickly as possible or is he toying with it, keeping at a safe distance? Its a difficult one to figure out as there seems to be many turns of the dirt track and this under any circumstances, is likely to impede the speed of vehicle.

What to do when chased by a rhino?

The first priority should be to get as far from the angry beast as possible. By vehicle this should not be too hard a feat, however, if you are on foot  the chances of you outrunning a rhino on a straight is highly unlikely. Where the beast possess speed, however,  humans (most of us) will beat them with agility. So if you are on foot dodge around rocks, trees, and cars, and you will stand a better chance at survival.

The second thing to look out for is the wind direction; if the wind is blowing from you towards the rhino, it will find you. Get into a position where you are upwind of the rhino and your chances will improve even more.

Last but not least, you may notice that a rhino’s ears are always twitching. It is heavily dependent on its hearing for orientation and thus survival. If you are upwind of this animal in a pursuit and it cannot hear you it will soon become disorientated. However with all that’s been said, the best thing to do when being chased by a rhino…is not get chased by a rhino.

Check the links below to see how Ashanti can create opportunities to see these awesome beasts in their natural environments. 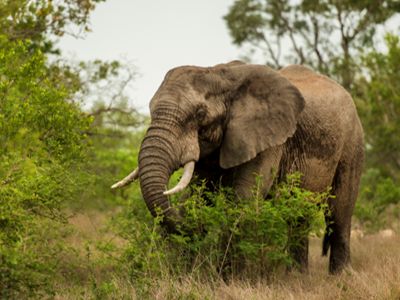