Porcupines can defend themselves pretty well, but this leopard still attempts to attack two porcupines. Unfortunately, the leopard has other problems now. Watch the video and learn more about the Crested Porcupine and their defense mechanism.

The Porcupine named after the french “porc espin,” meaning spined pig, is known for its coat of long sharp quills. That’s why it is also known as the Quill Pig. These quills are hollow hairs made out of keratin, and they are modified with muscles at the base, which allows the Porcupine to raise these spikes in defense. Although it is a common myth that porcupines can shoot their spikes, they, however, do fall out regularly, just like hairs. The spikes can grow up to 35cm, which is a significant size compared to the Porcupine itself, which is 1m.

As seen in the video, a porcupine defends itself from the leopard by running towards its predator backward. While doing this, the Quill Pig raises its spikes to pierce its attacker. The leopard is full of spikes, and they can cause serious injuries or even death due to infection. Although the Porcupine can kill bigger predators, it has a plant-based diet.

See more African animals in the wild on a budget safari, check out more: 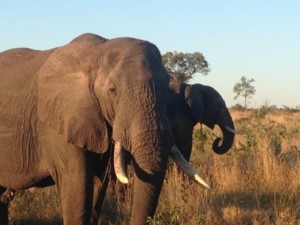 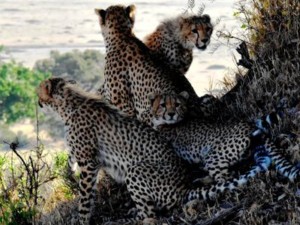 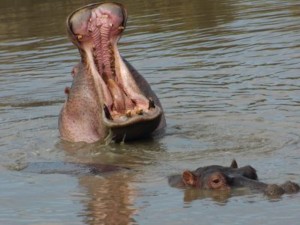