One of Africa’s most impressive wildlife sanctuaries, situated on the scenic Luangwa River in Eastern Zambia, is the world renowned Luangwa National Park. It is the most popular and prominent game park in Zambia and is divided into two separate parks known as the north and south regions.

It truly is a wildlife haven and impressively hosts over 100 different types of mammals from majestic lions to large pods of hippos residing on the river bed. The park has one of the largest concentrations of leopards in Africa with travellers being able to spot these introverted nocturnal cats regularly during night time game drives. It is also a bird watchers dream, with over 400 species residing in this unique sanctuary.

Additional Luangwa National Park activities include guided walking safaris, unique birding safaris as well as boat safaris where it is common to spot crocodiles and elephants on the riverside. More cultural things to do are visiting the Tribal Textiles Market and attending a Kawaza Village tour where you can obtain insight of the local Kunda tribe which originated in the area.

Ashanti Travel Online will be more than happy to assist you with planning your trip to this outstanding national park – from budget day excursions to overland trips, we are willing to help you have a holiday of a lifetime at Luangwa. 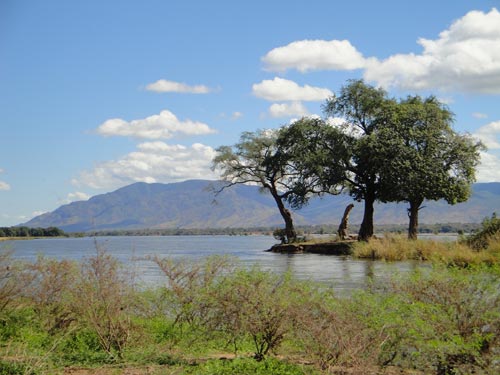 Zambia, officially known as the Republic of Zambia is a country in eastern  Africa. Approximately the size of Texas or France, Zambia is a landlocked country with a total population of over 17 million (in 2017). Bordered by Tanzania to the northeast, Malawi to the east, Mozambique to the southeast, Zimbabwe and Botswana to the south, a narrow strip of Namibia known as the Caprivi Strip to the southwest, Angola to the west, and the Democratic Republic of the Congo to the northwest. Lusaka, the capital city is located in the south-central part of Zambia, home to about 1.7 million people [...]