Why Do Whales Breach?

In this video, you will see a Humpback Whale performing an impressive full-body breach in South Africa. But why do whales breach out of the water, do they do it for pleasure, or is there more to it?

Whales live in every ocean around the world, and their species range from a 280-kilo Dwarf Sperm Whale to the massive Blue Whale with its 150000 kg. The Blue Whale can grow up to the size of a professional basketball court with a heart the size of a small car. Whales are known for their call as well, which reaches 180 decibels.

In the video, you can see a Humpback Whale, which is the size of a bus, leap out of the water, also known as breaching. But why do these massive creatures jump out of the water? The obvious answer is that whales need air or get rid of water. However, scientists think that there is more to it than expected. They believe it is also used for communication between the whales. There are three theories:

So breaching is mainly used as a form of communication as well as to breathe. But, these massive animals also use this exercise to express joy and hapiness.

Experience Whale breaching in the wild, Check-out these tours: 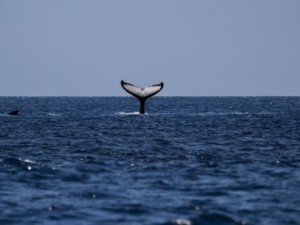 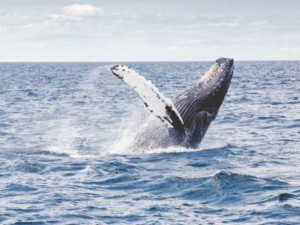 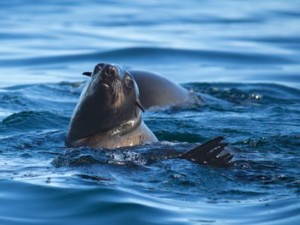